MST3k Friday: Why We Love Werewolf

"Werewolf" is probably in my top 5 MST3k episodes - definitely top 10.

The Devil's Game by, Sean Chercover 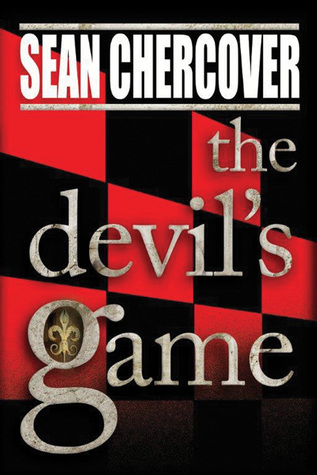 Today is a good day to die. But I've decided to stay alive until tomorrow.

Picking up several months after The Trinity Game ends, The Devil's Game finds Daniel Byrne out of The Vatican and working full time for the Fleur-de-Lis Foundation. The Foundation has discovered a strain of The Plague has re-emerged and their nemesis, The Council for World Peace, wants to get their hands on it. Will Byrne stop them in time? Or will the Plague once again ravage the entire world?

As I felt in my review of the first book, the global conspiracy angle introduced at the end was to set up future installments of books featuring Byrne. The cold war between the two groups drives most of the book and it looks like the third book in the series will turn this war hot.

Both the Council and the Foundation have discovered that this strain of the Plague gives a small portion of those infected with it the ability to predict the future. The Council wants to aerosolize the virus and infect as many people as possible with it with the aim to cull those few given the ability to see the future and use them to get a leg up in their struggle with the Foundation. The fact that the virus gives people predictive abilities explains how Tim Trinity did what he did in the first book, but also takes some of the magic out of it.

Members of certain crime fiction circles on the web will notice the name-drop of Internet good guy Gerald So as Byrne's tech asset in New York. Instead of just being a name drop, So is actually a pretty active character in the last third of the novel.

As with all of Chercover's books, it's gripping and well written, but I didn't empathize with Byrne as much as I did in the first novel. I'm looking forward to the third installment.
Posted by StephenD at 9:13 AM No comments:

Song of the Week: Do I Want to Know?

After being hit by one of the top 5 blizzards in the history of New Jersey, this week's song of the week was picked solely because of the band's name:  Arctic Monkeys.

Song of the Week: Cornbread

Posted by StephenD at 8:37 AM No comments:

Song of the Week: Your Decision

"Your Decision" is one of the songs from the new Alice in Chains. It feels a lot like the original band and is a good tune in its own right.

Happy 2016! At this time of year, everyone is usually looking forward to what they plan to do to improve their lives and themselves. But let's take a look back with one of the greatest voices of all time:  Nat Cole.