MST3K Friday: Do you need any wrestling done?

Here's another one from "Sampson vs. The Vampire Women".

"I forgot my bifocals."

MST3K Friday: Why Won't He Help Me?

From "Samson vs. The Vampire Women".

"Be sure to stop﻿ by again tomorrow, and then leave immediately."

Posted by StephenD at 9:30 AM No comments:

Here are a couple quick notes from people and their reaction to the fall of the Berlin Wall. From Hans A. von Spakovsky, Senior Legal Fellow at The Heritage Foundation's Center for Legal and Judicial Studies:

Not too long after the Berlin Wall was torn down in 1989, my wife and I visited Berlin. Crossing into what had been East Germany was like going through a time tunnel. It looked like it was still the 1940s. Through its physical environment, East Germany highlighted the difference between Western freedom and Communism. This difference was even more evident in Berlin. What struck me was the complete absence of color in what had been the Eastern Zone, which said quite a lot about the quality of life under communism.

West Berlin was full of bright colors, from shop windows and pennants flying on buildings, to the clothes worn by Berliners on the street. All of the buildings in East Berlin were gray and dirty. Some were still unoccupied and had bullet holes; they had never been repaired or renovated after the end of World War II. West Berlin was full of bright, sparkling vistas and shops filled with consumer goods of all kinds. East Berlin was dark and dingy. The few shops were empty of the everyday necessities and luxuries that give us the quality of life we enjoy. All of the differences between the liberty and prosperity of the free West and the prison conditions and poverty that characterized life behind the Iron Curtain were easy to see.
(read more)

I also like what Bill Bennett said, "Today marks the 20th anniversary of the fall of the Berlin Wall. But even that phrase doesn’t do the story justice: The wall did not fall — it was pushed." (source)
Posted by StephenD at 9:13 AM No comments:

Today is the 20th anniversary of the fall of the Berlin Wall. Here are some clips from news broadcasts from those days.

Here's a scene from The Creeping Terror where the monster stalks its prey.

"Grampa's psychosis is ruining this trip."

Posted by StephenD at 8:09 AM No comments:

The Role of Media

Public opinion is formed and expressed by machinery. The newspapers do an immense amount of thinking for the average man and woman. In fact they supply them with such a continuous stream of standardized opinion, borne along upon an equally inexhausible flood of news and sensation, collected from every part of the world every hour of the day, that there is neither the need nor the leisure for personal reflection. All this is but a part of a tremendous educating process. But it is an education which passes in at one ear and out at the other. It is an education at once universal and superficial. It produces enormous numbers of standardized citizens, all equipped with regulation opinions, prejudices and sentiments, according to their class or party.

Sounds about right, eh? Thing is...this was written back in 1925 by Winston Churchill. It's included in a collection of essays written by the great man recently published by the Intercollegiate Studies Institute.
Posted by StephenD at 9:22 AM No comments: 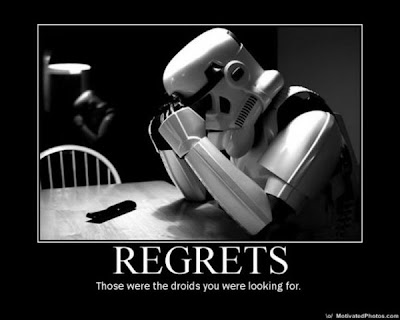