Song of the Week: The Unforgiven III

Email ThisBlogThis!Share to TwitterShare to FacebookShare to Pinterest
Labels: Metallica, music, song of the week

The Choice by Bob Woodward

The Choice, Bob Woodward's book on the 1996 Presidential campaign, is a well written account of the ins and outs of a primary campaign. It follows both Bill Clinton and Bob Dole from the Dole's early discussions on running for President to his announcement on May 15, 1996 to resign from the Senate. Based on old-fashioned reporting and countless interviews, it's obviously a well-researched piece of work.

As with his later book Shadow, you definitely see Woodward's attachment to the Clintons. Bill is a caring, thoughtful, powerful leader who couldn't understand why people didn't like him after all his successes in the first two years of his presidency. Hillary is a smart, awesome woman who can do no wrong. Bob Dole comes off as a good, decent man, but one who has a hard time being direct or expressing his opinions.

With the advantage of reading this 20 years after its publication, it's fun to see some of the familiar names pop up. Before picking Jack Kemp as his running mate, Dole's short list included Dick Cheney, Don Rumsfeld, and Tom Ridge, who all eventually served under George W. Bush. Bush also makes a three paragraph appearance as the first-term governor of Texas who endorses Dole just before the Texas primary. Perhaps most prescient is where Woodward, in the span of 30 pages, says that Colin Powell would make a good Secretary of State.

Even though Woodward's political leanings are clear, the book presents a fair portrait of the campaigns and those involved that any political junkie would enjoy.
Posted by StephenD at 8:49 AM No comments:

The master, Dave Brubeck, at work.

Song of the Week: Wichita Lineman

The Billy Joel Channel on SiriusXM is back. They play a good collection of lesser-known Billy Joel songs, B-Sides, and, of course, his hits. Being a Billy Super Fan (tm), I've heard almost all of them before through bootlegs, etc. But there is one song I heard that was new to me. In 2010, Billy and Jimmy Webb recorded a duet of "Wichita Lineman". It's a hauntingly beautiful version of the song, and here it is.

Posted by StephenD at 8:17 AM No comments:

Song of the Weeks: All Hands

It's been a while since I've posted a Blues Traveler song. This one's been in my head for a couple days. 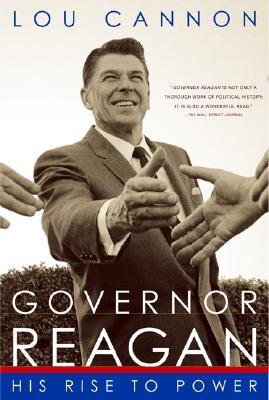 Good, fair, and balanced book about Reagan's years as governor and his campaign for President. Cannon obviously did a ton of research and interviewed many of the players involved in those days. There were still some undeserved pot shots at Reagan, but Cannon seems to understand him better than most other biographers. His analysis of Reagan's political skills and instincts is worth the price alone.
Posted by StephenD at 10:56 AM No comments:

Song of the Week: Fading Lights

This week's song is another from Genesis's album We Can't Dance.