Song of the Week: Because

Everyone praises The Beatles for their songwriting and musicianship, but another thing that makes them stand out is their use of harmony.  There are few things as beautiful as their a capella version of "Because".

Song of the Week: Filthy McNasty

Horace Silver was a jazz pianist who played in the style known as "hard bop".   This week's song, "Filthy McNasty", was first released on the album Doin' the Thing which was recorded live in 1961 at Village Gate in New York City. 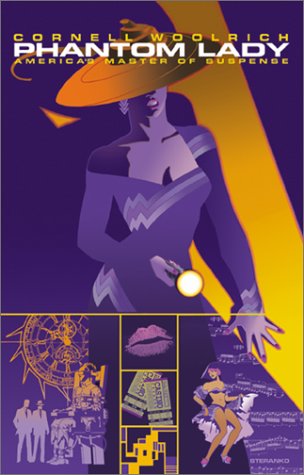 The night was young, and so was he.

What would it be like to be accused of a murder you didn't commit and nobody believes you're innocent? That's the situation Scott Henderson finds himself in in Cornell Woorich's Phantom Lady.

Henderson has dinner reservations at a nice restaurant and theatre tickets for two, but nobody to share them with. He decides to go into a bar for a drink and ask the first woman he sees to spend the evening with him.  He finds a willing partner and they spend the evening together without sharing names or anything about themselves.  When Henderson returns to his apartment he finds the police there; his wife has been murdered.  Henderson takes the police to the bar, the restaurant, and the theatre, but everybody remembers Henderson being alone. Is there a vast conspiracy afoot? Or did Henderson murder his wife and imagine his companion?

Woolrich was a master at capturing dread, loneliness, and the most intense desperation.  He adds to this in Phantom Lady with a ticking clock: each chapter is titled "The XXXth Day Before the Execution". You know Henderson will be convicted of the murder and it's up to the only three people who believe him to prove his innocence. This makes the book a tight, propulsive read.  As with the other Woolrich I've read, the writing is good and the stories are gripping, but there are a few flaws.  If you can overlook them, his books are worth searching out.

Woolrich writes noir straight up, no chaser.
Posted by StephenD at 8:44 AM No comments:

Song of the Week: Air (Dublinesque) by, Billy Joel

This week's song is from Billy Joel's 2001 album Fantasies & Delusions. Performed by Richard Joo, this song has many characteristics of a typical Irish dance.  Happy St. Patrick's Day!

Song of the Week: Don't Let the Sun Go Down on Me

Another one from the 1998 Face 2 Face tour.  This time it's both musicians playing Elton's song "Don't Let the Sun Go Down on Me".

Posted by StephenD at 8:14 AM No comments:

Song of the Week: Take Me to the Pilot

Never let it be said that Elton isn't a fantastic piano player.  One of my favorite performances of his:  "Take Me to the Pilot" from the 1998 Face 2 Face tour with Billy Joel.

Posted by StephenD at 8:12 AM No comments: